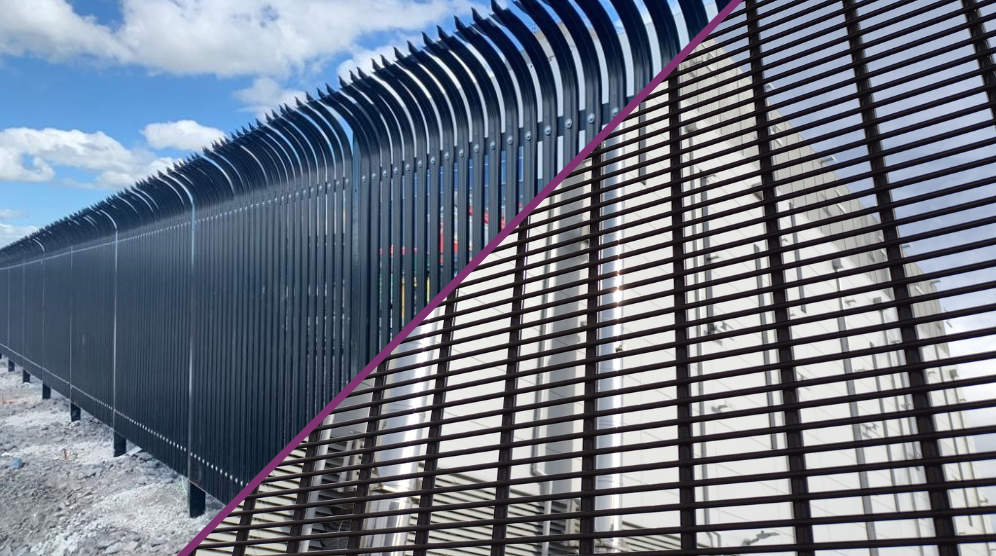 How 3 Companies Are Protecting Critical Infrastructure

How 3 Companies Are Protecting Critical Infrastructure

Often overshadowed by the tech-heavy world of cybersecurity, protecting critical infrastructure with physical security has long been the oldest way of securing national assets.

Physical security systems such as high-security fencing, CCTV and access control are the first line and last line of defence, preventing national disaster should people with bad intentions infiltrate these critical buildings.

Physical security technology is considered by some to be stagnant and not moving forward, however in recent years the sector has seen heavy innovation. As attacks become more advanced brought on by learnings and tool developments, tools also become more advanced. The risk to critical sites becomes higher and higher as these tools not only become more powerful, but also quieter and more readily available.

As a $30 billion industry, physical security has transformed and innovated to offer sophisticated levels of protection capable of deterring and delaying unwanted access.

The sectors that make up the 13 main areas of CNI (Critical National Infrastructure) each require a tailored security package that addresses their main concerns and threats. Here are how just a handful of CNI companies are protecting national infrastructure by specifying comprehensive security solutions.

The water sector in the UK provides the nation with clean potable water that is safe to drink and works to treat waste-water.

Water is one of our most precious resources both nationally and globally, that’s why companies such as Water UK Standards Board aim to identify and clearly define the appropriate specification processes and offer guidance on levels of security for water sites. Water UK were the first to adopt LPS 1175 throughout their security standards as they advised all water companies to use the standard for their sites.

Because of this, water companies most commonly specify accredited high-security fencing under the LPCB (Loss Prevention Certification Board). Most fencing used in these facilities has achieved LPS 1175 rating, and demonstrates that the system is capable of delaying attackers and has been tested for its durability and system strength.

Water treatment facilities are often situated in rural or semi-rural areas, where angulating ground is extremely common. Whilst both mesh and palisade fencing types are suitable for these sites, palisade lends itself better to cope with sloping grounds, as it’s pales are designed to accommodate uneven ground levels.

United Utilities, responsible for 80 sites across the North West of England, supplies drinking water to approximately 3.2 million homes and 7 million people nationally. Following a risk assesment of one of their sites, they selected StronGuard™ SL2 Palisade, to provide heavy-duty protection on their sites.

This high-security fencing is able to withstand attacks from tools of a higher mechanical advantage, such as bolt cutters, claw hammers and drills, for over 3 minutes after rigorous testing by LPCB to LPS1175 SL2 (previously SR2), making it a great choice for protecting critical infrastructure. 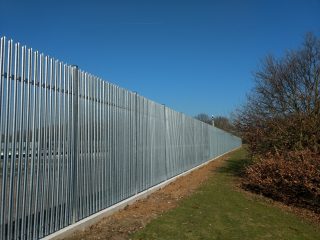 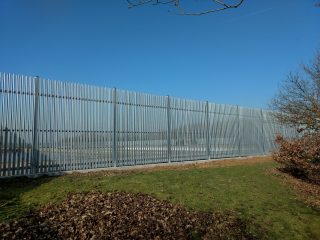 You can read more about United Utilities and their journey to specification here.

Transport makes up 1 of the 13 sectors within CNI. Specifically, Rail Operating Centres (ROC) are the operating centres which house all of Network Rail’s signalling equipment, ancillaries and operators for each region or route within the UK’s main rail network.

These sites are crucial for the continued operation of national trainlines, allowing daily commutes and travel across the British Isles.

Rugby’s ROC (Rail Operating Centre) is just one of twelve centres that controls the whole of Britains rail network. It is responsible for controlling the signalling in the West Midlands region and since 2019, Rugby has also had responsibility over the Saltley region.

Whilst working on these new projects, designer D. J. Goode & Associates Ltd. responded to the growing threat that came with these new state-of-the-art control buildings, by constructing a concrete perimeter to protect against blast and hostile vehicles.

During this process D. J. Goode required a fencing system that was accredited by the CPNI (Centre For The Protection of National Infrastructure) as well as meeting Network Rail’s Class 1a specification for rail fencing.

Through research Goode discovered StronGuard™ through the CPNI, as it was the only system capable of meeting the requirements. This high-security perimeter fencing was later specified, in order to provide the trainline with comprehensive security that met stringent requirements of a highly threatened sector. 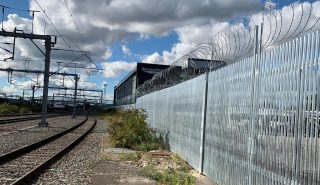 You can read more about the Rugby Rail Operating Centre and their journey to specification here.

Military installations such as MOD sites within the UK, require a comprehensive suite of perimeter security that is tailored to each sites needs. From surveillance to personnel, there are many elements that affect the efficacy of military infrastructure protection.

In such critical defence sites, a large part of security is in their personnel and the ability to respond to a threat quicky and methodically.

This means that most MOD sites specify lower-budget fencing systems, in place of accredited high-security fencing. Typically this is in the form of mesh panel fencing, however, there are variants of palisade on the market which provide the best of both, such as StronGuard, the PAS 68 impact tested palisade fence.

Welded mesh panels or prison mesh offers these sites a relatively secure perimeter, which can delay attack or trespass long enough for personnel to respond. This is further increased by optional fence toppers such as razor wire, which make unauthorised access much harder to attempt.

The nature of these sites, means it is in their best interest not to share the specifics of their security procedures or systems.

Through years of working with military installations such as the MOD, there are some products which contribute to a comprehensive security system for these national sites.

Crash fencing such as StronGuard RCS, provides sites with a security fence that is capable of stopping a 7.5 tonne vehicle driving at 30mph in its tracks. Accredited to PAS68, and the only standalone palisade fence to achieve this, StronGuard RCS was uniquely designed for protecting critical infrastructure from increasingly frequent and hostile attacks. 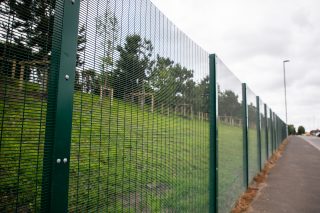 Above are just three examples of how CNI companies are protecting critical infrastructure from hostile attacks, ensuring that national utilities and resources are kept safe and running smoothly.

There are a range of suitable products on the market, which are accredited by the LPCB and CPNI respectively, offering CNI sites with a comprehensive physical security solution for forced entry.

In the example above, we also highlight how the MOD use PAS 68 accredited products to protect against vehicular impact.

If you are looking for high-security fencing for your Critical National Infrastructure project, feel free to get in touch and talk to one of our experts today, with no obligation. We’re happy to help!

With Barkers Fencing, you gain access to over forty years of expertise in the design, manufacture, and delivery of high-security fencing developed to meet the most stringent national and international standards.