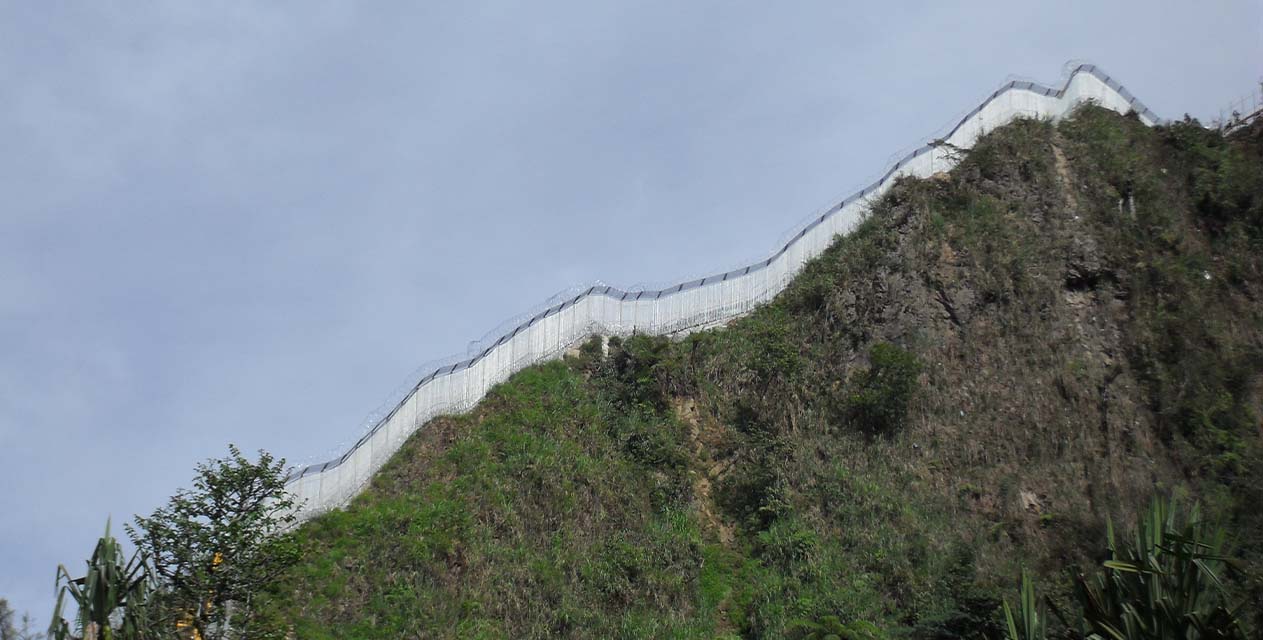 Papua New Guinea is known for its extensive network of large gold mines, which represent a significant portion of the country’s economy. A Barkers mining client – like many other companies in Papua New Guinea – faced constant threat from criminals looking to profit from illegal mining.

However, this mine faced an incredible 100 + intruder incursions every month and is considered one of the most challenging perimeters to secure in the world. To protect their product, people and revenue, the mine needed the most effective protective fencing system available. And with the mine spanning a rugged, remote landscape, fencing must cope with difficult topography in addition to persistent attempted breaches.

They invited internationally recognised boundary security specialists to pitch and chose Barkers to provide our StronGuard™ system as it satisfied a very particular specification – rigorous penetration resistance, anti-climb performance and capable of installation on everything from flat land to 28-degree slopes.

Following manufacturing in Staffordshire and a journey by sea, rainforest and dirt roads, 11,500 meters of 3m high StronGuard™ complete with razor wire topping, cantilever gates and high security pedestrian gates arrived at our client’s mine in Papua New Guinea.

Throughout its entire course, the system maintained a maximum 50mm gap between the fence and the ground which was possible due to the flexibility provided by StronGuard™.  CCTV, electric fence topping and microphonic cable detection were also installed for extra security.

2,500 metres of StronGuard™ was mounted on anti-dig fibre-filled concrete plinths, which prevented intruders from accessing the mining site and allowed contractors to painlessly move the perimeter boundary, while a further 3000 metres snaked through thick rainforest.

The demarcation solution has successfully protected the mine from unauthorised access and reduced intruder incursions. It has effectively stood up to several attempted attacks and delivered entirely on its promises.

For more information about Barkers, please email our sales team on sales@barkersfencing.com 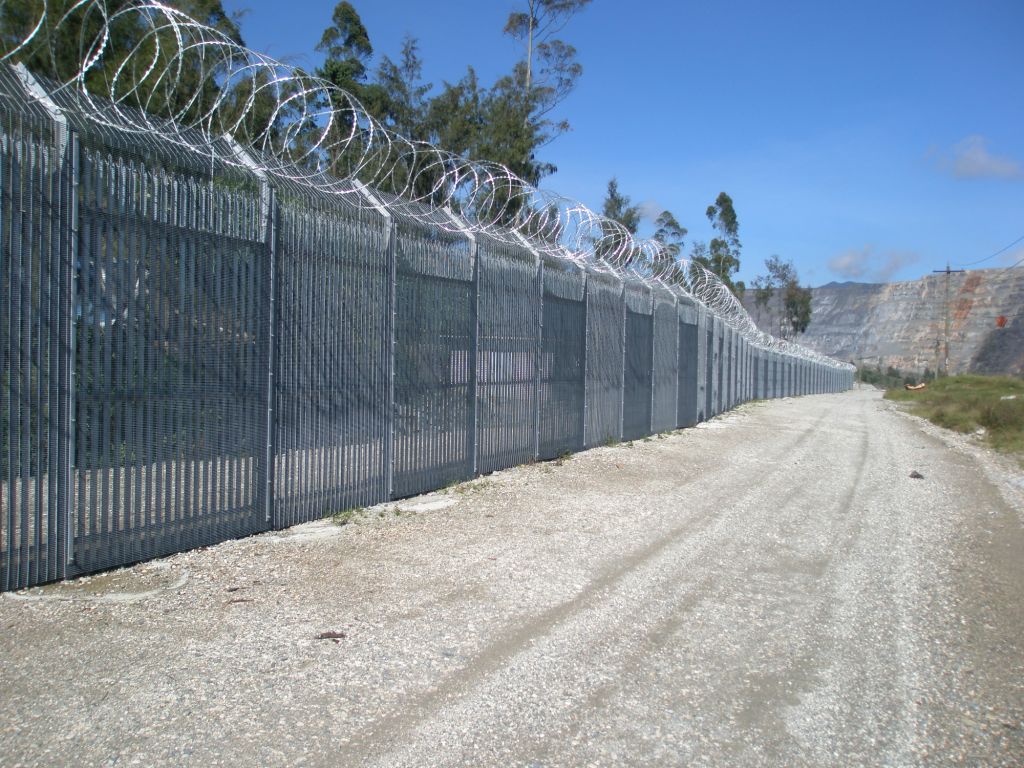 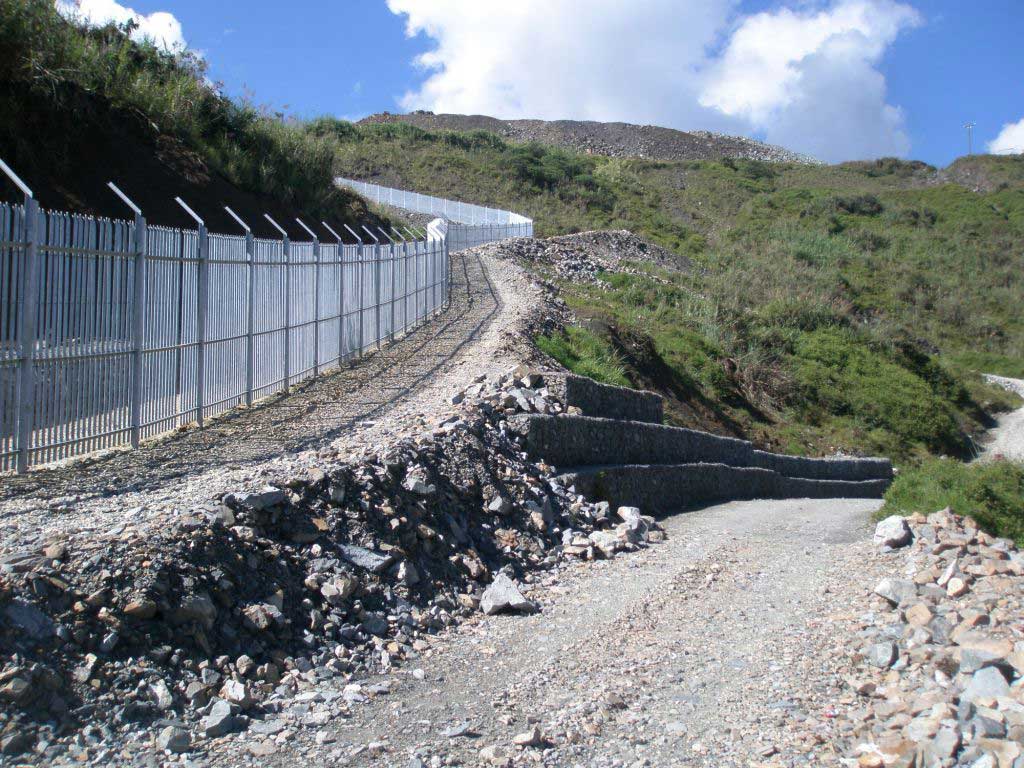 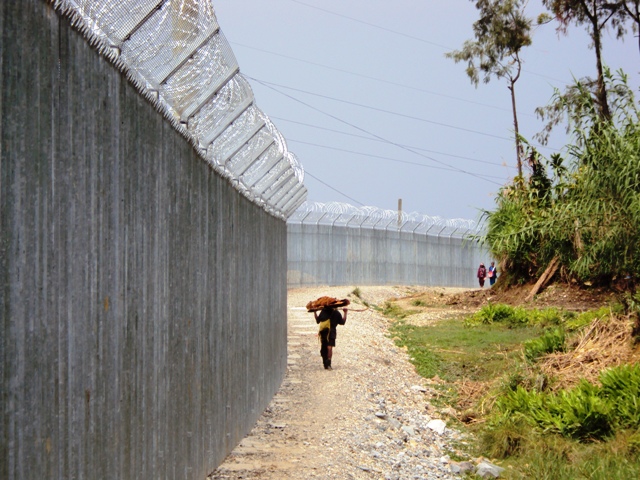