StronGuardRCS was specified to mitigate the risk of a road vehicle getting onto and obstructing the tracks, protecting road users, rail users and staff.

Managing the Accidental Obstruction of the Railway by Road Vehicles

Since a crash in Great Heck in 2001, where a Land Rover left the carriageway of the westbound M62 just before a bridge over the East Coast Main Line. The vehicle ran down an embankment and onto the railway track. The driver was unable to reverse the vehicle off the track and exited the vehicle. Whilst they were calling the emergency services the Land Rover was hit by a passenger train heading from Newcastle to London. The train derailed and deflected into the path of an oncoming freight train. It is estimated the trains hit at 142mph killing 10 people and causing injury to 82 people.

Following this crash, The Department for Transport released a white paper ‘Managing the Accidental Obstruction of the Railway by Road Vehicles’ in 2002, which made Network Rail, Highways England and local authorities directly responsible for mitigating the risk of a road vehicle getting onto and obstructing the railway.

Vulnerable to the Risk of a Road Vehicle Incursions

Overbridge sites carrying roads and motorways are one of three primary types of area where a road vehicle incursion (RVI) onto the railway is possible. RVI presents both a risk to railway users and vehicle users using infrastructure in close proximity to the railway. The most severe incidents occur when road vehicles are not stopped from reaching the railway and a train strikes a vehicle on the track.

A section of the railway line in the Oxford area sits below a humped bridge carrying a fast winding country road. Whilst carrying out upgrade work around the Oxford region, the area was highlighted by Network Rail as a site vulnerable to the risks of a road vehicle getting onto and obstructing the tracks.

Vulnerable sites are identified using a risk matrix. Firstly, the matrix assesses the risk, measures then have to be put in place to mitigate the risk. The first port of call is often traffic calming measures to reduce speed at which vehicles are travelling.

This site was on a road where vehicles are travelling at speed and slowing measures would not be practical or effective enough. Therefore, to mitigate the risk of a vehicle getting onto and obstructing the tracks, four 20metre sections of StronGuardRCS have been deployed along each of the sides of the bridge. StronGuardRCS will stop a 7.5ton vehicle travelling at 30mph and prevent the vehicle from reaching the train tracks below. 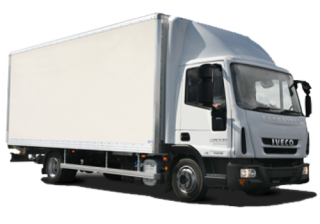 Network Rail have reduced the risk of a road vehicle getting onto and obstructing the tracks on this section of the railway using StronGuardRCS, improving the safety for passenger and railway staff.

Find out more about StronGuard™RCS being used to mitigate road vehicle incursions on the rail way here.