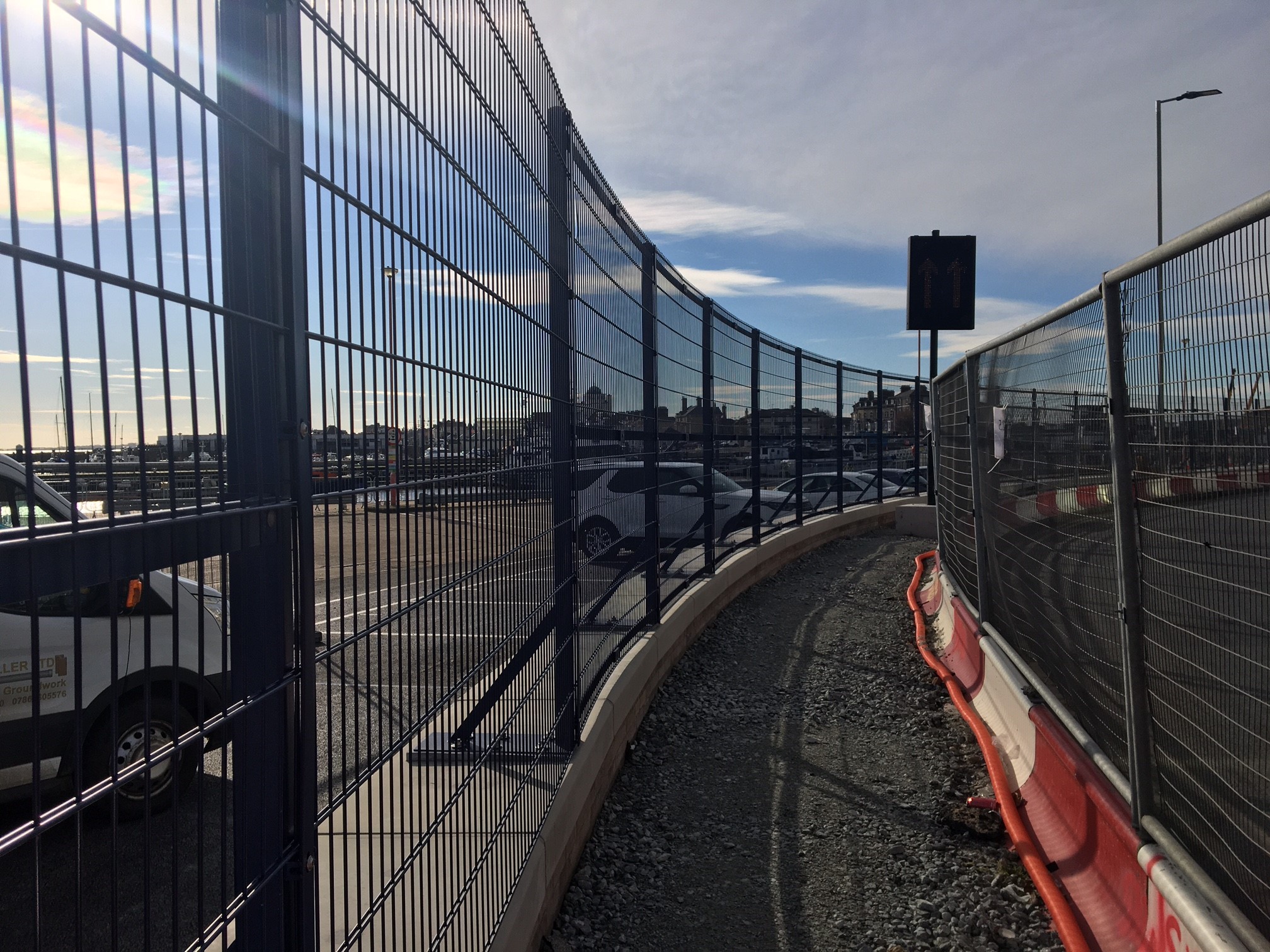 The Lowestoft Flood Risk Management Project, when completed, will protect 1500 homes and over 800 businesses from the risk of flooding. A central part of the project is the construction of tidal flood walls. On a section of the flood walls at the front of the harbour, a wall separates the port from a main part of the town/harbour. To maintain the ports security, Arbus installed Barkers TwinGuard Mesh onto the flood defence wall.

Due to the site being in a prominent tourist area of Lowestoft, Barkers 656 TwinGuard mesh was chosen as it is more aesthetically pleasing than the self-colour palisade fence it has replaced. The new 656 Twinwire system has been powder coated in blue to further enhance its appearance.

Barkers supplied various heights of fencing, manufactured with bolt down posts which could be fixed to the flood defence wall. Whilst in one way the wall was the ideal foundation for a mesh fence because it was flat, the wall had a curved radius in parts of the boundary, which the fence needed to follow. With assistance from the Arbus Project Manager, Barkers Drawing Department drew the project and were able to fabricate backstays which would go behind the mesh to ensure the fence held its shape.

The first phase of the project was completed by Balfour Beatty and Arbus during winter months as to not disrupt holidaymakers during the peak seasons.