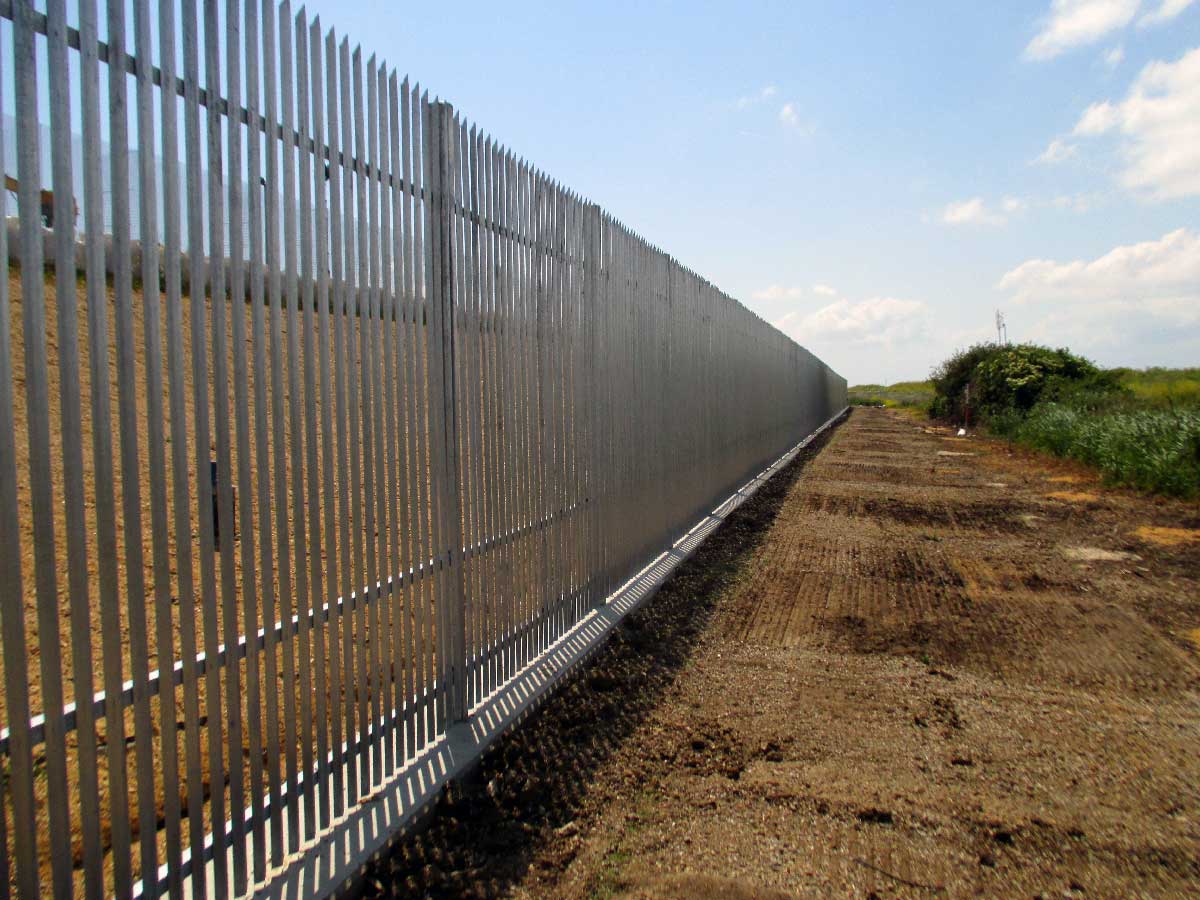 Barkers Fencing were originally approached in 2010 by an architect looking for a highly secure, third party tested fencing system, to protect their clients high value data centres across the EMEA. We were able to demonstrate our engineering expertise and experience in high security fencing, which were proven to protect critical, high value assets. After strong discussions we were introduced to the end client.

The sensitivity of the data and the impact a security breach would have meant that the client required heavy duty security fencing that would perform if the site was to come under attack.

Due to the nature of the site, the client was looking for palisade security fencing and gates which was CPNI accredited and approved for government use. Over time the threats have developed and the client also required a solution which would provide hostile vehicle mitigation (HVM). The areas at risk are entrances, around the entrances and adjacent to any roadways.

Working with the client’s in-house security team, we developed a standard layout for the perimeter of their sensitive sites.  The specification includes two products to mitigate the threats:

StronGuard™ palisade security fence, which has been tested independently and certified by CPNI to delay forced entry attack,

StronGuard™RCS, which is a derivative of StonGuard™ intruder resistant security fence and certified to PAS68 standards to stop a 7.5tonne vehicle traveling at 30mph.

The achieve its security fence accreditation StronGuard™ utilizes a high load anchor with no visible fixings to attack from the front face of the fence. A combination of the high load anchor and the fact the design has no foot holes makes both systems difficult for intruders to breach.

StronGuard™RCS was selected for around the entrances and for an parts of the perimeter adjacent to roads to protect the site from vehicle impact. It was the favored solution for four key reasons:

We are now working with the clients consultants/contractors across the EMEA and APAC delivering resilient security fencing and gates.